MM6 skill emphasis mod
Today, 18:51 by tnevolin (46 replies)
in Might and Magic
I have researched the seer - altar mechanics in a game and it is exceptionally convoluted and intertwined...

Might and Magic 6, 7, 8 merge based...
Today, 18:06 by cthscr (6261 replies)
in Might and Magic
I am having a hard time getting this to work. I followed the installation instructions and the game...

Masters of Magic → Mire of the Dead
Yesterday, 20:24 by Wheeler Dealer (2 replies)
in Articles
Playing on Champion.
Found out in game that there is a max level of 30 so I waited too long to use my...

Free Heroes of Might and Magic II...
Yesterday, 10:25 by sirDranik (12 replies)
in Heroes I-IV
Thanks for your feedback, @cjleeagain!
AI is still in work and our team will be enhancing its logic...

How to change a hero's default skills?
23.02, 11:05 by ExalyThor (1 reply)
in Heroes I-IV
Hello! I'd like to change the default secondary skills of some heroes. Some to better match the background... 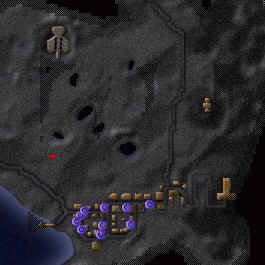 Shadowspire is the toughest area in the game. You have to come here to get the best training, and dark magic spells. There’s probably the best potion and magic items shops in the game, as well. But, other than running as fast as you can along the E-W road to Ravenshore, or the N-S road to Rust, avoid Shadowspire until you have a senior party. You will be inundated with powerful magic attacks. I suspect that without GM level "Protection from Magic," there is no way to get past the bone dragons, vampires, and necromancers.