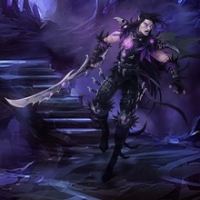 The official site has announced that a stand-alone expansion to Might & Magic: Heroes VI is scheduled for release in the spring 2013.

Being a stand-alone expansion, this means that by purchasing the new release, you will get the whole game with the existing patches as well as the new contents. Adding to the line-up of factions in the game is the Dungeon, led by the dark elves:
The Dark Elves have left the forests of Irollan, made a pact with the mysterious Faceless and escaped extermination, becoming underground renegades, stealthy and revered assassins.

We will continue to monitor the web for more information about the expansion.