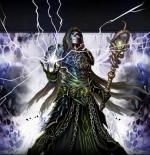 Ubisoft have announced the release of another adventure pack. Danse Macabre as it's called, features another trip down Memory lane and the return of Sandro. It will be released about a month from now, on September 27th. A "Gold Edition" of the game will also be released - it will include the standard MMH6 game, both two Adventure Packs and a new map.